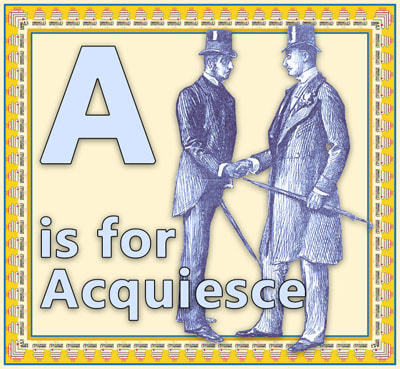 "That’s an interesting word, isn’t it? I came across acquiesce by accident when I was leafing through my dictionary and I’ve wanted to use it for ages. I know it looks difficult to pronounce but it’s really not. ACK-WEE-ESS. That’s it. An ACK and an ESS with a WEE in the middle. Ha ha!
To acquiesce means to agree to something without protest and that was what I was about to do."
Image: Punch Magazine, 1891 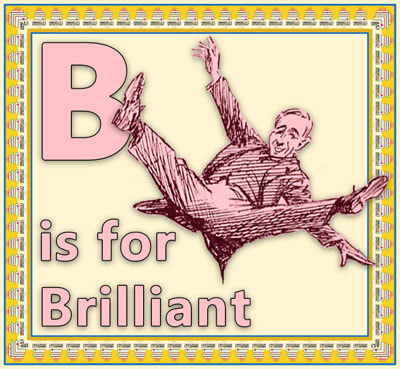 "As I walked to school I began to make mental plans for my birthday party. It would obviously be a disco to replace the cancelled one at school; Molly and Penny would think I was brilliant for providing a replacement."
Image: Leonard Ravenhill, Punch Magazine 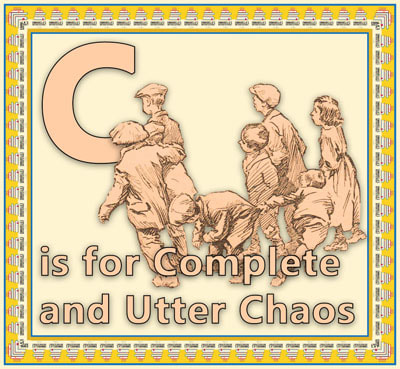 "There was always a lot of pushing and jostling after the bell went, it was complete and utter chaos, actually, but none of that ever impacted on Mark. It was as if he had a magic force field of perfection that surrounded his entire being; nobody bumped into Mark."
Image: G L Stampa, Punch​ Magazine, 1923 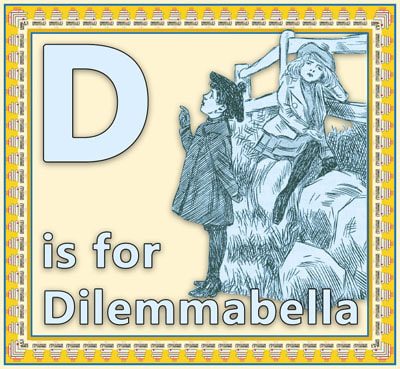 "After confirming my presence, my thoughts returned to my dilemmas. And then I invented a new word: I decided I was having a Dilemmabella Day. Dilemmabella is a portmanteau word. A portmanteau word is where you take two different words, in this case dilemma and Emmabella, and stick them together to make one new word. Do feel free to use it whenever you are having a day that is filled with problems."
Image: David Wilson, Punch Magazine, 1902 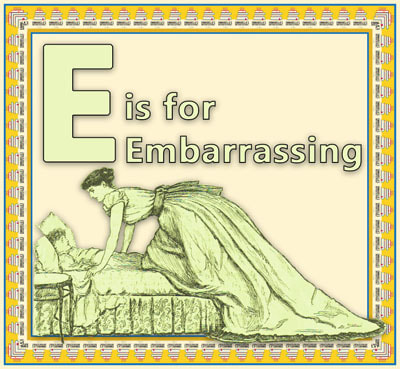 "Well, this is awkward, I thought. I was grown-up enough to know that Mum must have had boyfriends before she’d met Dad but I wasn’t entirely sure I wanted to hear about them.
An embarrassing silence wrapped us in its uncomfortable embrace. My brain was telling me to say something, but what? Think, brain, think!"
Image: Punch​ Magazine, 1895 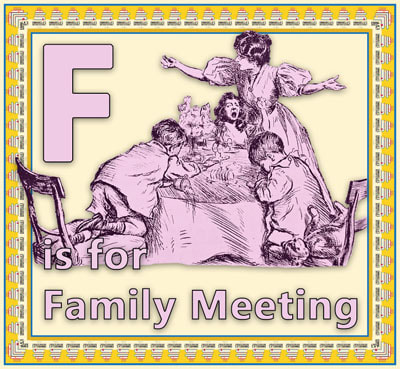 "Mum and Dad were looking at each other. Was their anti-disco-party-at-home resolve beginning to crack? If I could break Dad I was sure that Mum would soon fall into line with my plans.
And then Finn walked in.
‘Family meeting? Cool,’ he said as he took a seat at the head of the table."
Image: F H Townsend, Punch Magazine 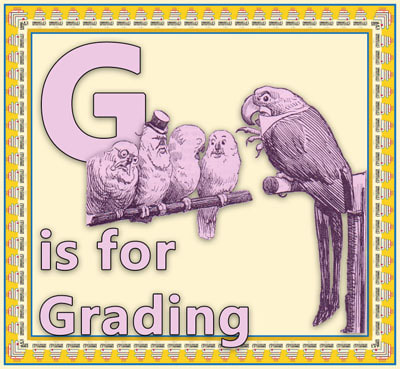 "All my thinking got me nowhere; I had no idea who I was going to invite to my party. There was only one thing for it; I was going to have to grade my friends and acquaintances. Sorry, friends and acquaintances – I know that grading you is a bit mean but I was finding it incredibly difficult to decide which of you should receive an invitation."
Image: Punch ​Magazine, 1891 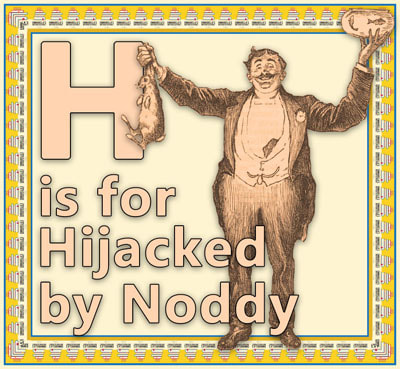 "I looked at Mum and then at Mr Oddy. And then I looked at Mum again. What just happened? Mr Oddy was going to do a magic show at my grown-up disco party? His coin trick was impressive enough but I was completely baffled as to how that had led to him being asked to perform for my guests.
I felt like my birthday party was being hijacked. Hijacked by Noddy!"
Image: Punch​ Magazine, 1891 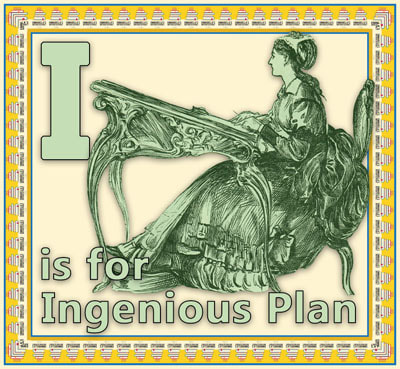 "And then I felt the first stirrings of a tiny seed of an idea germinating in my brain. And then the seed began to grow and before I knew what was happening it had engulfed my whole brain. Right there in my head and in the blink of an eye the seed had grown and grown until it was no longer a seed.
​It was an ingenious plan."
Image: Punch​ Magazine, 1870
​ 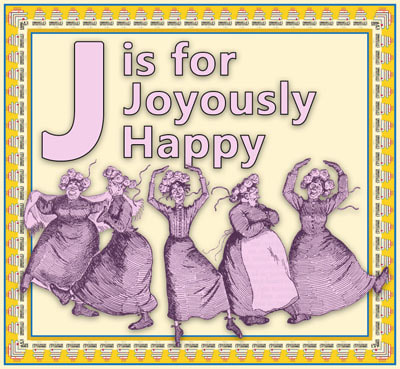 "I was so excited about coming up with a plan that would enable me to invite Mark to my party that I wrote out all the invitations there and then.
​My overriding emotion was pure happiness. I’d spent the whole week wracking my brain to find a way of inviting him and I’d done it. How brilliant was that?
I was excited, relieved and joyously happy."
Image: E T Reed, Punch​ Magazine, 1902 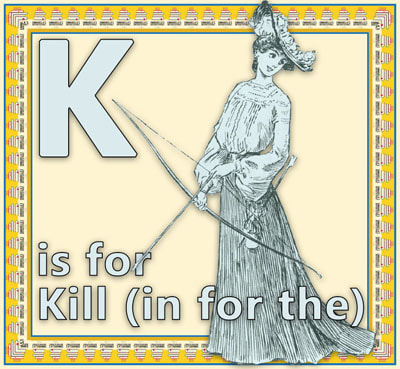 "In situations where I want to get my own way, I sometimes like to imagine that I’m a hungry lion prowling the Serengeti Plain. To my left is a proud and swift zebra; to my right is a baby antelope with an injured leg. If you were the hungry lion, which one would you go for? Remember, you are going in for the kill here."
Image: C E Brock, Punch​ Magazine, 1903 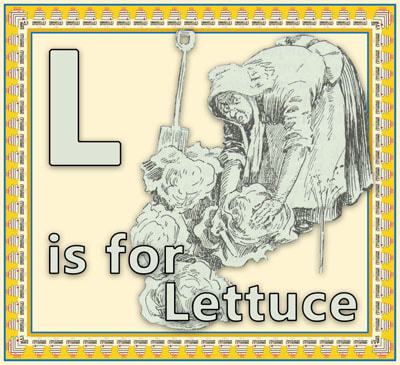 "Lettuce is very good in some things; well, one thing really – a salad. It is not very good in other things as you are about to discover..."
Image:  Punch​ Magazine, 1903 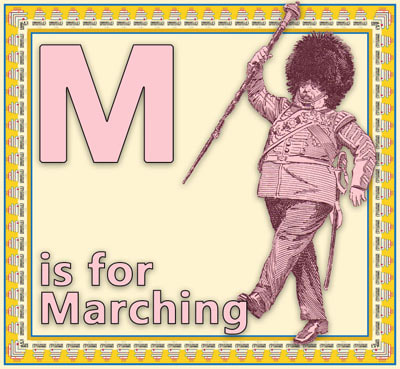 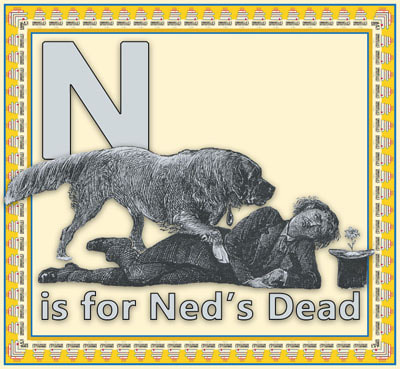 "So I whiled away the afternoon, lying on my bed, A Shropshire Lad propped up on a pillow in front of me and my trusty dictionary by my side.
At length, I finished reading but I wasn’t sure how I felt about the poems. I liked that they rhymed and had a nice rhythm to them but they are very, very gloomy. In one of the poems, a man is walking to Ludlow with Dick and Ned and the next minute Dick and Ned are dead!"
Image: Punch​ Magazine, 1880 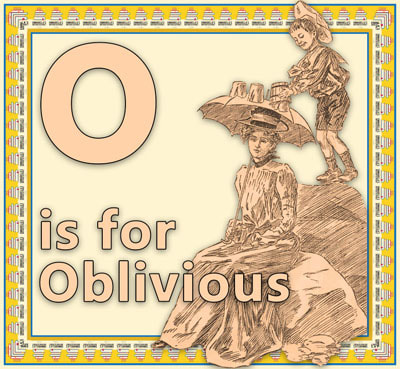 "The two weeks before my birthday party passed by, for the most part, very quietly at school. None of my fellow classmates – old friends, new friends and invited acquaintances – were talking about my party and nobody asked me how my plans were progressing. They were completely oblivious to my rapidly approaching celebration.
What’s wrong with them?"
Image: Arthur Gill, Punch​ Magazine, 1902 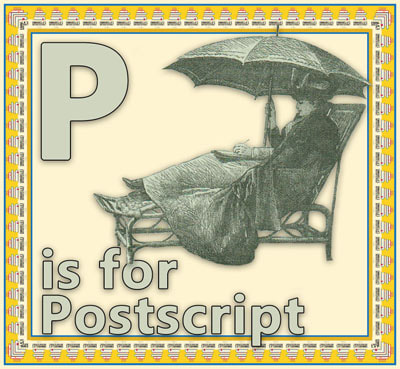 "A postscript, according to my dictionary, is ‘any supplement, as to a document or a book.’ You’ll find one at the end of this book after ‘Z is for Zombie Apocalypse’. It concludes the story in a satisfactory manner (hopefully). No peeking. Wait until you get there and all will be revealed."
Image: Punch​ Magazine, 1893 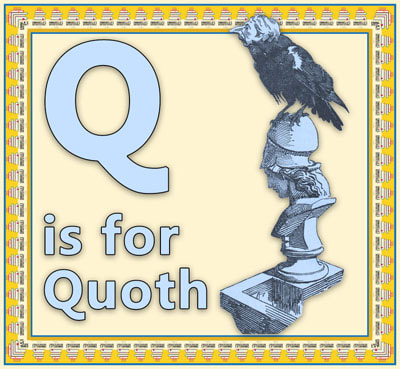 "He ignored me as he read aloud, ‘“Ghastly grim and ancient Raven wandering from the Nightly shore, Tell me what thy lordly name is on the Night’s Plutonian shore!” Quoth the Raven ‘Nevermore.’”’ He snapped the book shut and looked up at me. ‘Emmabella, what can I do for you?’
‘You can start by telling me what ‘quoth’ means.’
​He smiled. I liked Mr French."
Image: Punch​ Magazine 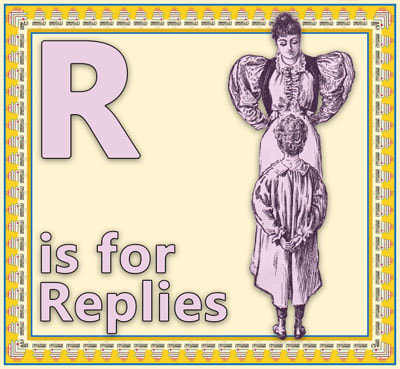 "At home, I asked Mum if she’d had any replies to the party invitations.
‘No,’ came the response.
Come on, people, what are you waiting for?
And on Wednesday?
‘Yes,’ said Mum.
Phew, I thought. At last."
Image: Punch ​Magazine, 1893 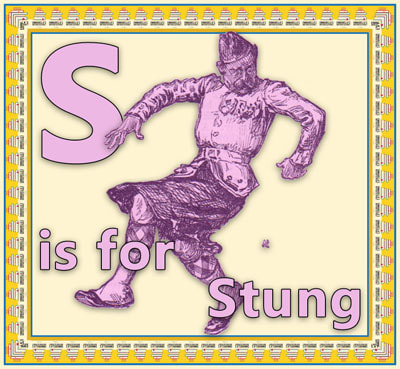 "‘Got plans?’
‘I’m going to the library,’ I replied. I was enjoying walking to and from school with Kemi but it had meant that I’d been neglecting my usual visits to the library to read Brewer’s Dictionary.
‘Why?’ she asked.
I was a little stung by the pointed note of disbelief that crept into her voice as she’d asked this. Why shouldn’t I want to go to the library? Anyway, in the interests of our blossoming friendship, I didn’t overreact."
Image: Punch​ Magazine, 1884 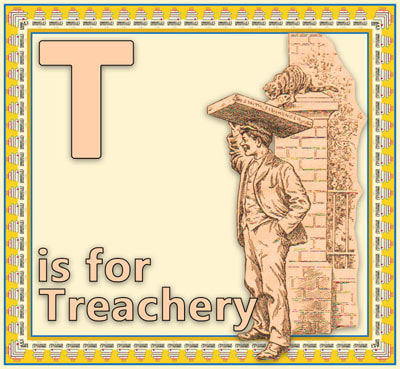 "At home, I paused as I reached my bedroom door; I could hear someone ferreting around inside. I peeked around the doorframe to see Finn – the little tinker – rifling through my desk drawers. Treachery was afoot in my bedroom!"
Image: Punch Magazine 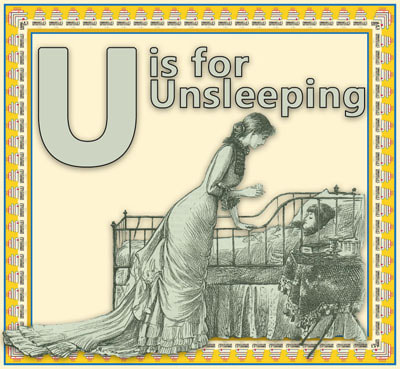 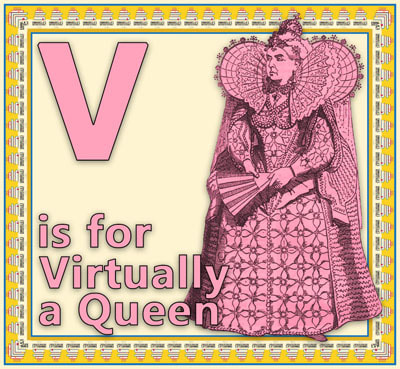 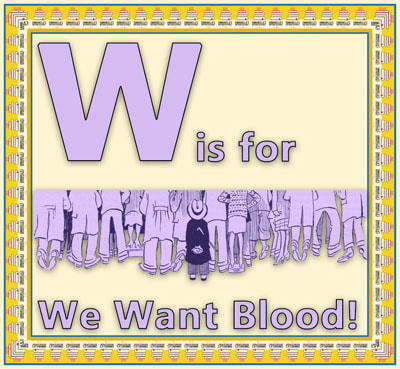 "Suddenly, they were back on their feet but still the action was sadly lacking. They danced around each other as if they didn’t know what to do. By way of encouragement, we started chanting ‘We want blood! We want blood!’ to help them along.
Fights were rare at St Chad’s so any confrontation was a spectacle to be relished."
Image: W L Ridgewell, Punch​ Magazine, 1927 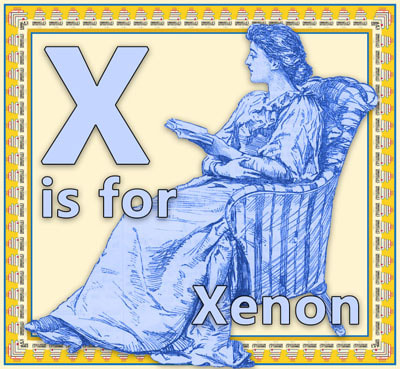 "Xenon is a noble gas. Its atomic number is 54 (this means it has 54 protons) and its chemical symbol is Xe.
I just thought you might like to know.
...Anyway, I later discovered that Science for Dimwits is quite an interesting book. There’s a long section on the periodic table and that’s where I found out about xenon."
Image: Punch​ Magazine, 1891 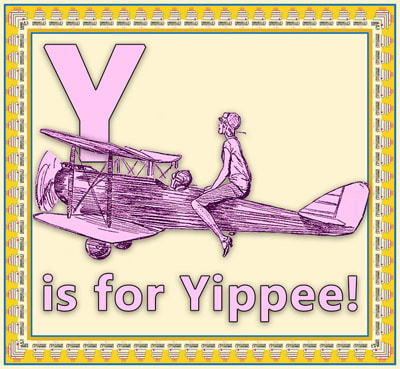 "All was quiet at school on Friday. Oliver Thistlewood and Hector Tyszko were noticeably avoiding each other – yippee! – which I thought was a very sensible thing for them to do."
Image: D L Ghilchik, Punch​ Magazine, 1925 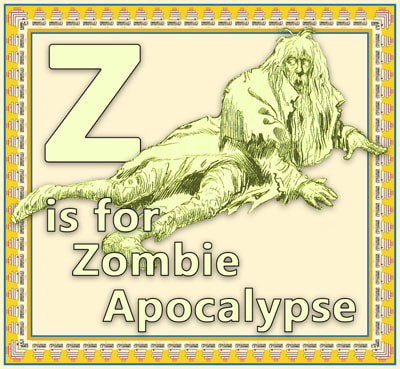 "At the beginning of the afternoon as everyone arrived I’d been fascinated to see how they looked without their school uniforms on. Oh, please. Stop sniggering. What I mean is that I was interested to see how they looked in their normal, everyday clothes. And they looked very smart and well-turned out. At the end of the party everyone looked like they’d been through a zombie apocalypse."
Image: Harry Furniss, Punch ​Magazine, 1891