How to write a limerick

How to write a limerick 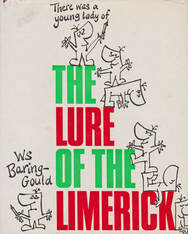 ​Introduction
Mr Coe, my creative writing teacher, calls limericks ‘nonsense’ and ‘baloney’. I know what nonsense means; I have no idea what baloney means but from the way in which Mr Coe uttered the word I managed to work out that it isn’t, in Mr Coe’s opinion, something good. In any event, he devoted a small section of one of his hour long classes to limericks. He did this somewhat grudgingly.
But never mind grumpy old Mr Coe. I think limericks are brilliant. They’re short and they rhyme – what more could you want? 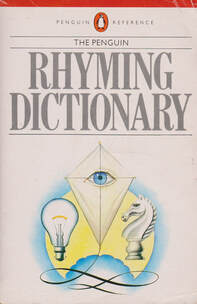 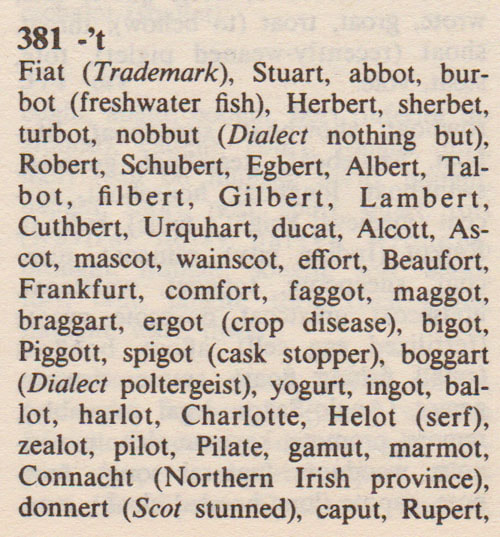 Brewer’s
And here’s a bit of history and background to limericks from Brewer’s Dictionary of Phrase and Fable (the best dictionary in the world). I looked first in the old 2nd edition in the Library. Here’s what that has to say on the subject: 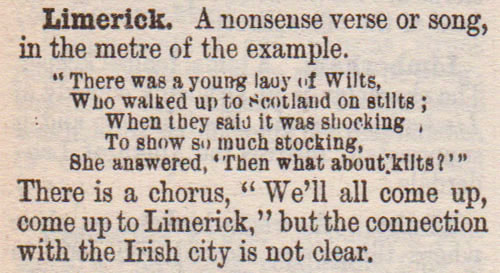 ​This is the first I’ve ever heard of a chorus. What does the modern, 18th edition, tell us? 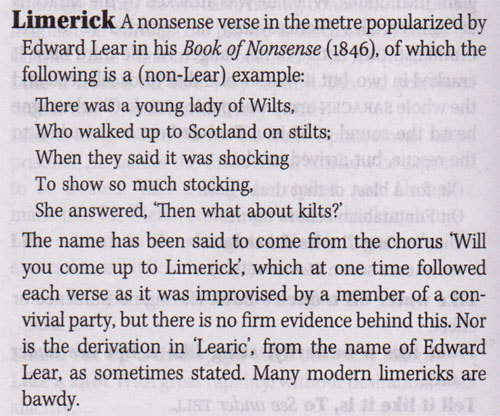 That explains it a little bit better.
​
Conclusion
Having read all this back, I can see that it’s perhaps less about how to write a limerick and more about how I write a limerick. Oh well. Hopefully you’ll find something to help you along. If you write any and would like to share them feel free to send them in via my Contact Page.
Good luck!
And finally… having made it this far, you deserve a treat. Here’s a little animation I made which you might enjoy. If nothing else, the music (Waltzinblack by The Stranglers) is brilliant.
​
Books used:
Brewer’s Dictionary of Phrase and Fable, E Cobham Brewer, 2nd edition, 1894
Brewer’s Dictionary of Phrase and Fable, Camilla Rockwood (editor), 18th edition, 2009
Collins Dictionary of the English Language, Patrick Hanks (editor), 1990
The Lure of the Limerick, W S Baring-Gould, 1968
The Penguin Rhyming Dictionary, Rosalind Ferguson, 1985