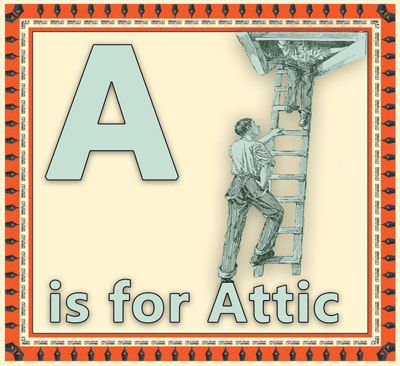 "Dad was up in the attic looking for the Christmas decorations. I could hear him clattering about in the dark and dusty space above my bedroom."
Image: Punch Magazine 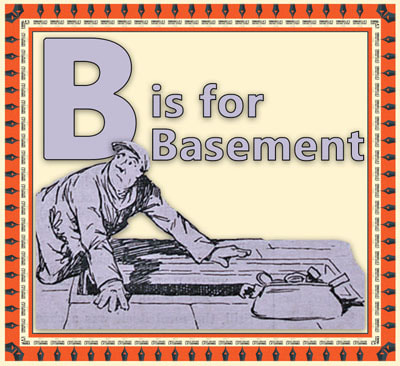 ​"That was where Mum was. She was looking for the Christmas decorations, too."
Image: Punch Magazine 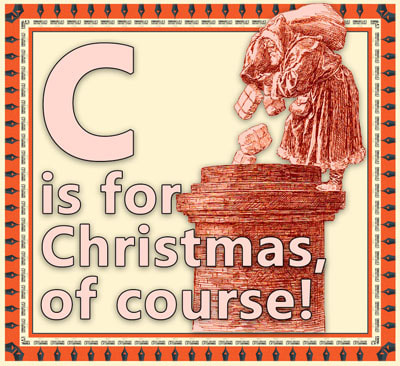 "My favourite time of the year. This year everyone was coming to us for Christmas Day. By ‘everyone’ I mean Nana and Grandpa Grundy (Mum’s mum and dad), Auntie Maisie (Mum’s sister) and Uncle Dougie (Maisie’s husband)."
Image: Punch Magazine, 1926 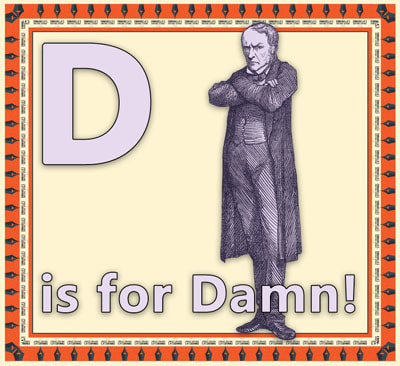 "That’s what Dad said when he found out everyone was coming to us for Christmas Day.
Dad likes Auntie Maisie (Mum says he has a soft spot for her) and he likes Nana and Grandpa Grundy. But he never seems to see eye to eye with Uncle Dougie."
Image: John Tenniel, Punch Magazine, 1868 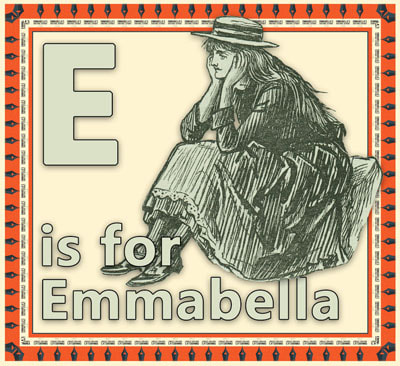 "That’s me! Emmabella Murray. Hall Monitor at St Chad’s Middle School; Library Monitor at the same; loyal daughter of a mother and father; sister to an annoying brother and I shall have my vengeance in this life or the next!"
Image: Punch Magazine, 1887 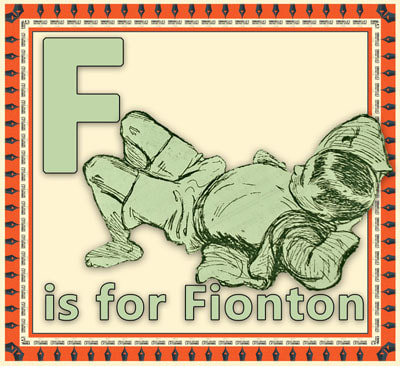 "Fionton is my younger brother and he makes me say ‘Damn!’ a lot even though I’m not supposed to. Sometimes I say it silently so that I’m the only one who knows that I’m saying it. Sometimes I say it under my breath hoping that I’m the only one who can hear what I’m saying. And sometimes I can’t help myself and I say it very, very loudly. Just like Dad did when he heard that everyone was coming to us for Christmas Day."
Image: Claude Allin Shepperson, Punch Magazine, 1908

"Nana Grundy says that it is better to give than to receive. I know she means well but I’m not absolutely convinced she’s right. Especially at Christmas."
Image: John Tenniel, Punch Magazine, 1871 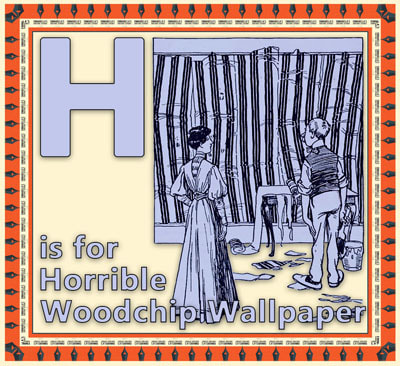 "That’s what Mum calls it: ‘Horrible woodchip wallpaper’. Do you know this stuff? It’s exactly like normal wallpaper except it has bobbly bits in it. Mum says it was popular in the 1970s. It was everywhere when we moved here so Mum and Dad hired a machine called a wallpaper stripper from a Do It Yourself shop in town. Dad spent a week at Easter stripping all the old horrible woodchip wallpaper off the walls. He also ended up taking a lot of the plaster off the walls, too. They had to get a man in (a man who knew what he was doing, according to Mum) to re-plaster the walls and make them better again."
Image: George Morrow, Punch Magazine, 1908 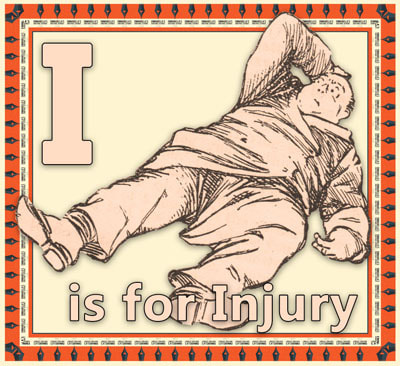 "That’s what Dad suffered when he fell through my bedroom ceiling from the attic. In between the shrieks of pain and wails of agony, he was groaning something about slipping on one of the roof beams."
Image: Fougasse, Punch Magazine, 1926 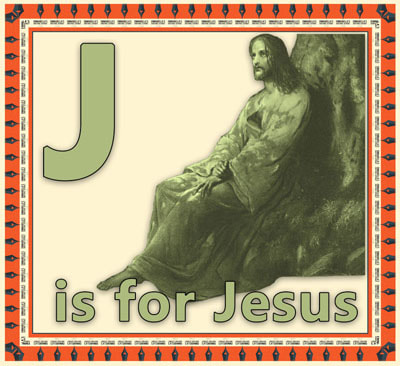 "Christmas Day is the day that we celebrate Jesus’ birth. In our house, we celebrate by giving and receiving presents. Finn and I save up a little of our pocket money and buy something for Mum (anything smelly that can be poured in the bath seems to be appreciated. Mum says it helps her to relax) and something for Dad (socks or handkerchiefs go down well. He always smiles and says thank you after he’s opened them, anyway). We also get a box of chocolates for Nana and Grandpa Grundy. In return for our giving, we receive loads of presents so the system seems to work well."
Image: After Tom Mostyn 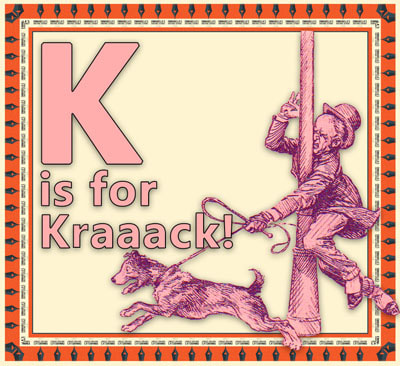 "That was the sound I heard (complete with a capital ‘K’ – definitely not a ‘C’ - and an exclamation mark) when Dad hit the floor."
Image: G L Stampa, Punch Magazine, 1920 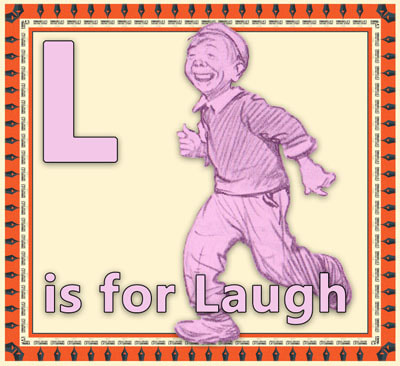 "That’s what Finn did when, having heard the commotion, he came rushing into my room and saw the huge, gaping hole in my ceiling. I thought he might have stopped laughing when he saw Dad writhing in agony on my bedroom floor but he didn’t. If anything, he laughed more loudly."
Image: Tom Browne, Punch Magazine 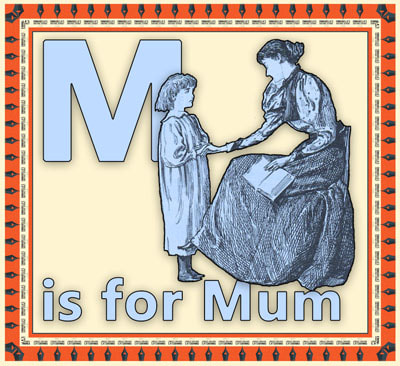 "Mum came rushing in just after Finn. She had heard the commotion, too (all the way from the basement!) and arrived in my room out of breath and in a flap. Unlike Finn, Mum didn’t laugh when she saw Dad. She knew it was serious because she’s a sensible adult (except when she’s been at the sweet sherry on Christmas Day) and they know about these things."
Image: Punch Magazine, 1895 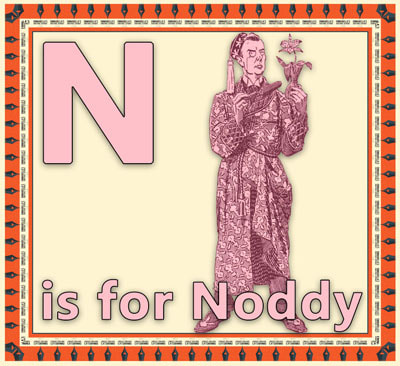 "Our next-door neighbour is called Mr Oddy. His first name is Nigel and that’s why Dad calls him ‘Noddy’. Not to his face, of course, because that would be rude. I suppose Dad thought he would be on safe ground calling him ‘Noddy’ in front of me and Finn.
He wasn’t."
Image: Edward Linley Sambourne, Punch Magazine, 1897 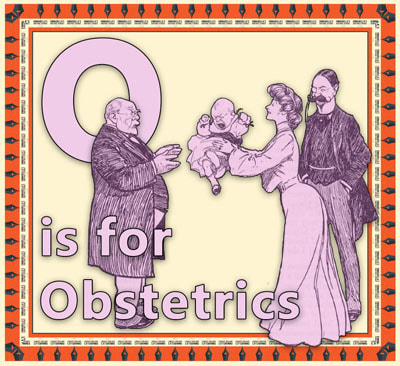 "I like words and I like learning new words. At the hospital, on the way to the Accident and Emergency Department (Dad was now in a wheelchair that we had picked up in the reception area, being pushed along by Mum) we passed a sign pointing down a long corridor that said: ‘Obstetrics’."
Image: Tom Browne, Punch Magazine, 1903 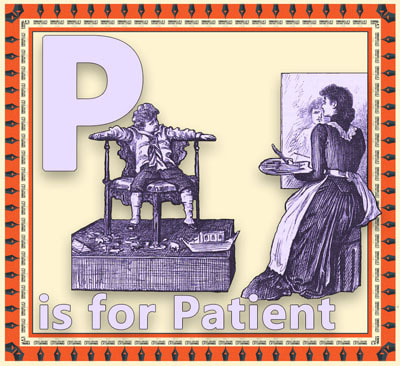 "In the side room, Dad is the patient. Outside in the corridor, we have to be patient. The hospital is full of patients. Sometimes the patients have to wait to see a doctor (like Dad did) and so they have to show a great deal of patience. Patients and patience are homophones. That means they sound exactly the same when we say them but they mean different things."
Image: George du Maurier, Punch Magazine, 1891 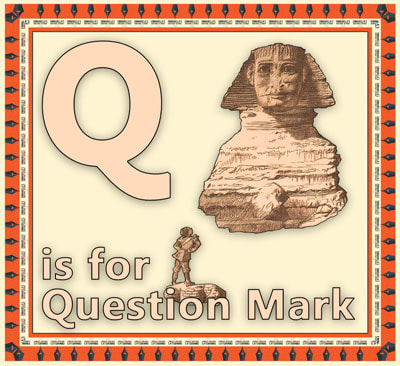 "But as I sat there in the hospital a new and interesting idea sprang into my mind. What if the question mark wasn’t actually a question mark? Obviously, it was a question mark – I’d looked at it nearly every day since February – but what if it also had another meaning. It could be a piece of punctuation and it could also be a statement. A statement that said, ‘Question Mark,’ as in, ‘ask Mark a question’."
Image: John Tenniel, Punch Magazine, 1895 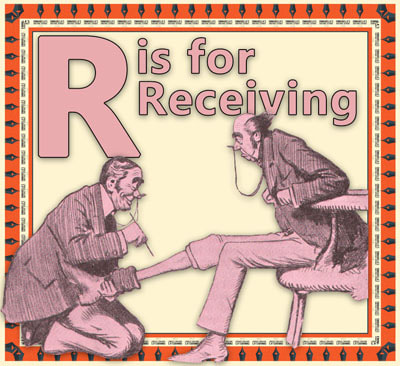 "Mum came back to the bench and said, ‘He’s still receiving treatment.’ I wonder if Dad thinks it’s better to give or receive at the moment."
Image: Edward Tennyson Reed, Punch Magazine, 1904 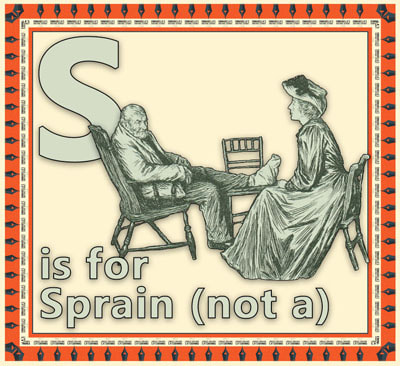 "We heard Dad before we saw him. He was click, clack clacking down the long corridor on crutches, the bottom of his right leg neatly encased in pure, snow-white plaster.
‘It’s a broken ankle,’ he said sadly. ‘I’m going to be in this thing for at least six weeks.’
Mum drove us home in silence."
Image: William Gunning King, Punch Magazine, 1906 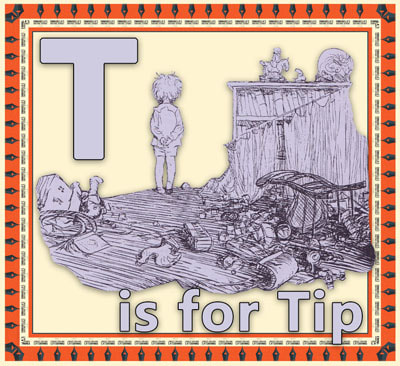 "Upstairs, Mum looked at my room and said it was a tip. ‘Tip’ is the word that Mum and Dad use for something that is untidy.
In the olden days, when people had rubbish that wouldn’t fit in the bin they’d take it to the tip. Today, when we have rubbish that won’t fit in the bin we take it to the Council’s Household Waste Recovery and Recycling Centre. Mum and Dad still call it the tip, though."
Image: Ernest H Shepard, Punch Magazine, 1922 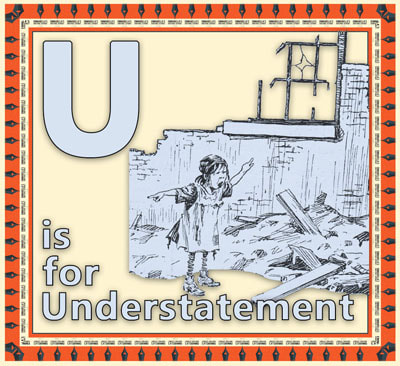 "Although Mum had been right when she’d called my room a tip, it was also an understatement. My room was a bombsite and as far away from neatly ordered and arranged as it was possible to be."
Image: Tom Cottrell, Punch Magazine, 1919 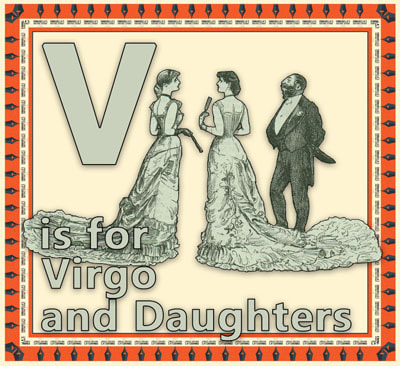 "That was the name of the removal firm who moved us into our nice new house in January. I remember the name because it was so unusual - both the ‘Virgo’ bit and the ‘Daughters’ bit."
Image: George du Maurier, Punch Magazine, 1880 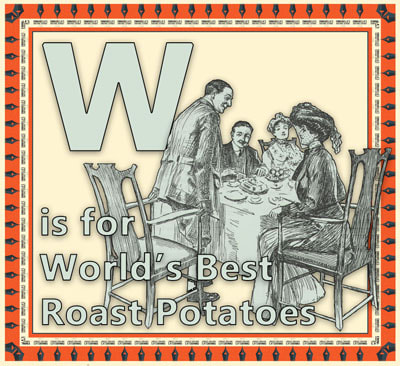 "According to Dad, he makes the world’s best roast potatoes. They are always cracklingly crunchy on the outside and super fluffy on the inside.
As my Christmas present to you, here is exactly how Dad makes his roast potatoes..."
Image: Arthur Wallis Mills, Punch Magazine, 1903 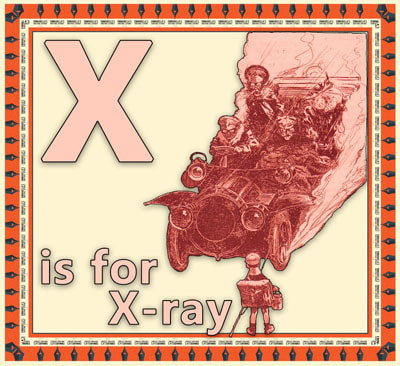 "Luckily for the purposes of my neatly ordered and arranged Christmas alphabet, Dad had an x-ray at the hospital. I only know three words that begin with X: x-ray, Xmas and xylophone and Mum doesn’t like us using the word Xmas because she thinks it’s modern and lazy. It’s actually not – people have been using it for years and years (I looked it up), but if Mum doesn’t like it I’m happy not to use it."
Image: Harold Rountree, Punch Magazine, 1906 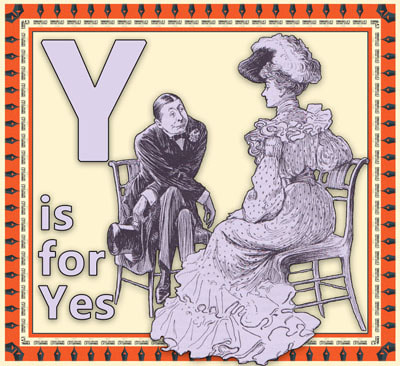 "That’s what Mr Oddy said when Mum popped round, after we’d finished tidying my room, to invite him for Christmas lunch. Mr Oddy doesn’t seem to have any family so, with his wife gone, he would have been all alone which wouldn’t have been very nice. Mum said it was The Right Thing To Do. It was the right thing to do, too.
It’ll be a bit of squeeze around the table, though."
Image: A S Boyd, Punch Magazine, 1903 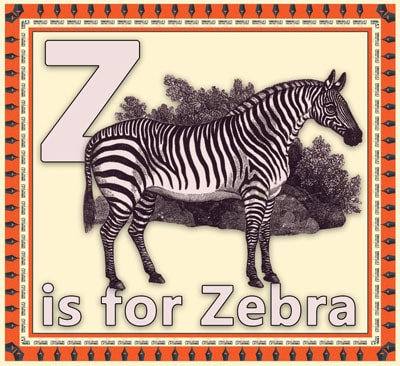